History of Coffee and Legends: from the Middle Ages to Espresso Coffee

History of Coffee and Legends: from the Middle Ages to Espresso Coffee

The beginning of the history of coffee has uncertain origins. It dates back to the Middle Ages and can probably be placed between the 10th and 15th centuries. The first valid proof of the existence of a cafeteria, and therefore of coffee consumption as a drink, dates back to the XV century, in use
among the Sufi monks of today’s Yemen.

Origins of the word “Coffee”

The origin of the Coffea Arabica shrub from which the coffee beans are made is still debated. The most widely accepted hypothesis indicates the Coffea tree (the native non-domesticated species) as native to the ancient province of Kaffa (or Kefa) located in southwestern Ethiopia, near Gimma,
in the region of Oromia, about 250 km southwest of the capital Addis Ababa.
From “Kaffa” derives therefore the “Coffee”. But the origins of the term “coffee” are even more intriguing.

Coffee, it is well known, is an energizing and stimulating drink.
This quality, which has made coffee famous all over the world, has been known since the beginning. It is precisely in the etymology of the name, in fact, that its most authentic essence resides.
In the Arabic language “coffee” is “qahwa” which means “stimulating/exciting/ invigorating drink”.
The Turks call it “kahve“, from which the Italian word “coffee” derives.

Legends on the Origins of Coffee

There are many legends about the origins of coffee.
Two are the best known.

Kaldi the Shepherd
The story tells the story of an Ethiopian shepherd named Kaldi. One day, while grazing his flock, Kaldi notices that some of his goats are chewing the red berries and leaves of a plant unknown to him. At night, instead of sleeping as usual, the goats wandered around full of unusual energy and
liveliness. So the shepherd collects some of the plants chewed the night before by the animals, toasts their seeds and grinds them into an infusion and finally getting a dark drink: coffee.

Muhammad the prophet
Another legend has the prophet Mohammed as its protagonist. It happens that Muhammad is not feeling well. In the days of his illness he has a vision: Archangel Gabriel appears to him offering him a mysterious black potion, as black as the Holy Stone of Mecca. The strange bitter drink, created by Allah, puts him back into strength in a very short time. He had drunk coffee.

In Europe
Among the first to describe the coffee plant in Europe are: the German doctor and botanist Léonard Rauwolf in 1583 and the Italian (from Marostica) doctor and botanist Prospero Alpini in 1592 with the book “De Plantis Aegypti”, in which he talks about the plants and herbs commonly
used in Egyptian therapeutics. One of these plants is called “bun” (or “buna”), whose toasted seeds were used to prepare a dark drink, widely used in Egypt, called “caova”: it was coffee.

If we want to tell the story of the spread of coffee in the world, we could summarise it all by highlighting some fundamental passages.

In the Middle Ages, coffee began its journey starting from South West Ethiopia. From there, between the thirteenth and fourteenth centuries, Ethiopians introduced coffee first in Yemen and then along the east coast of the Red Sea, to Mecca and Medina, in Arabia, and then spread it throughout the Arabian Peninsula.

Already in the 16th century it had reached:

In the 16th century one of the main centres of trade and coffee sorting was Cairo, in Egypt.

The wine of Arabia

A curious fact is that the great popularity of coffee was largely favoured by the Islamic religion and the expansion of the Ottoman Empire.
Islam prohibited the drinking of wine. The replacement of wine among Muslims was therefore coffee. The Venetians nicknamed coffee “wine of Arabia”.

The Venetians were great merchants who often traded with the Ottomans, thus favouring the arrival of coffee in Europe during the XVII century.
Among the main gates of coffee from the Islamic world to Europe were Vienna and Venice. A Venetian, Pietro Della Valle, opened the first coffee shop in Italy in 1615.

During the seventeenth century coffee shops prospered throughout Europe: Paris and London at the beginning of the eighteenth century already counted about three hundred of them.

The colonialist states then completed the work of spreading coffee all over the world: the Dutch, French and English exported it to the tropical lands of Ceylon (Sri Lanka), Java (Indonesia), the Kingdom of Brazil and Venezuela.

In Turin in 1884, following the invention of the machine to produce it, patented by Angelo Moriondo (with patent no. 33/256), Caffè Istantaneo was born, not to be confused with Caffè Espresso, born instead in 1902, in Milan, thanks to the engineer Luigi Bezzera who invented a machine able to exploit high pressure to filter the ground coffee.

Alfonso Bialetti, on the other hand, invented Moka in 1933, a world-famous Italian design product exhibited in the permanent collection of the Triennale Design Museum in Milan and MoMA in New York.

>> Do you want to make coffee with Moka in the correct way? Discover the 8 Steps! <<

A curiosity about the Moka: its name is inspired by the city of Mokha, in Yemen. The “Moca coffee” is mentioned in Voltaire’s “Candido”, when the protagonist of the story, travelling along the Ottoman Empire, is offered a drink prepared “with Moca coffee not mixed with the bad coffee
of Batavia and the Antilles”.

The invention of Cuccuma dates back to the nineteenth century, not Italy, but France.

Although popular belief often tends to place the invention of the Cuccuma within the Neapolitan tradition, the Cuccuma, the first terracotta tipping coffee pot in history, was actually created in France by the Parisian Morize in 1819. The Cuccuma, or Caffettiera Napoletana (“cuccumella” in the Neapolitan vernacular) has then spread throughout Italy as a tool for the homemade preparation of coffee which, unlike the Moka, does not use the pressure generated by steam to push water through the coffee, but uses only the force of gravity.

In short, coffee boasts mysterious origins and an ancient history that have cloaked it with a charm as intense and deep as its colour and unique aroma that we all love. 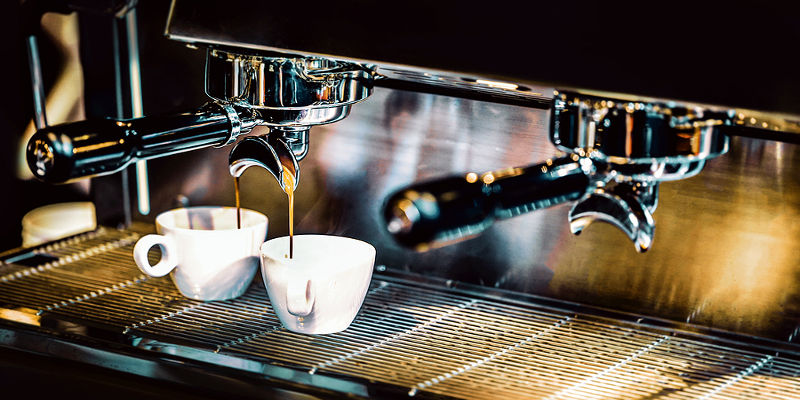 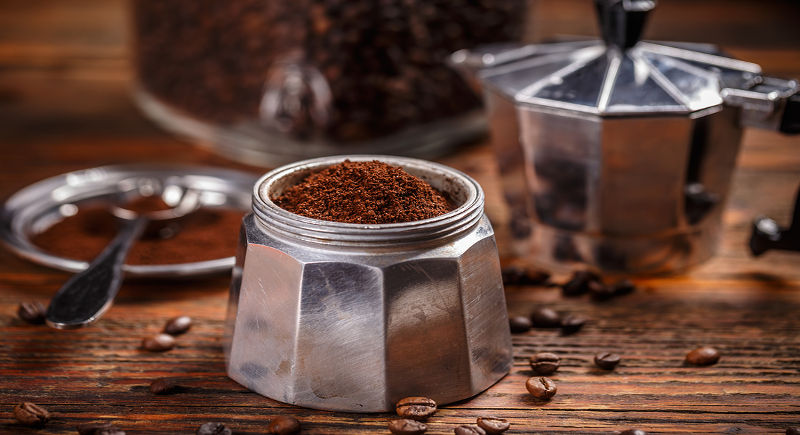 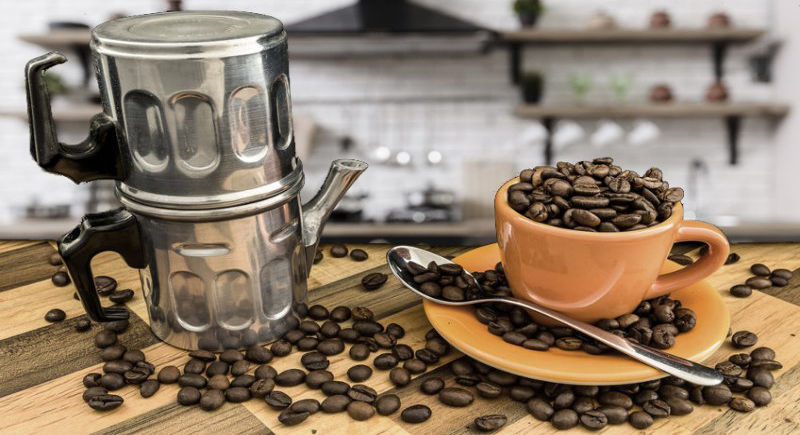 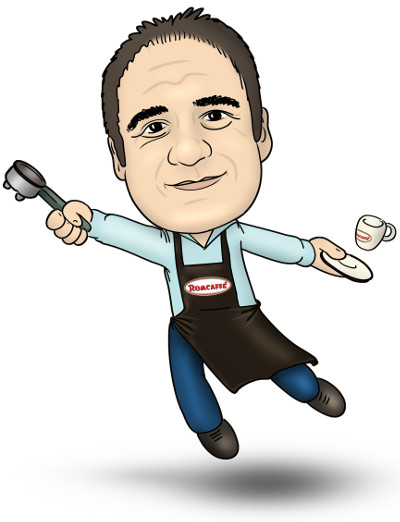